Since launching in 2018, the culinary nonprofit Flavours of Hope has helped immigrant women open food businesses in Vancouver and make connections within the community. Founder Trixie Ling sees the pop-up dinners, cooking workshops and storytelling events her group helps bring to life as ways to “create cross-cultural learning and intercultural relationships” between newly arrived and more established residents. And for creating the welcoming multicultural society that is her dream.

Canada has a long history of welcoming refugees, but often, these newcomers struggle to secure an economic footing and make connections in their adopted cities. Born in Taiwan, Ling recalls her own parents’ challenges as immigrants to Canada, stressing the importance of “meeting people from other cultures and walks of life” to prevent loneliness and isolation. What newcomers want, she says, “is to earn a living wage and to build connections with people in their community and around the city. You want to feel that you belong somewhere.”

Trained in social entrepreneurship, Ling had experience as a settlement worker and had volunteered at community dinners where she saw the role of food in creating connections between people.

For many immigrant women, Ling says, food is often the area where they feel most confident. They’ll eagerly tell you about their grandmother’s stew or other favorite dish from their country of origin. Flavours of Hope’s events “empower newcomer women to talk about who they are, where they come from, and what they eat.”

Marialejandra Reyes Valerio, who came to Canada from Venezuela, is one of the home cooks who has worked with Flavours of Hope to start a culinary business. She hosted a Venezuelan food night, where she shared her salsa guasacaca, an herb-based sauce designed to serve with fried plantains and other snacks. She now produces the salsa in a local commissary kitchen and sells it with Flavours of Hope at Vancouver farmer’s markets. 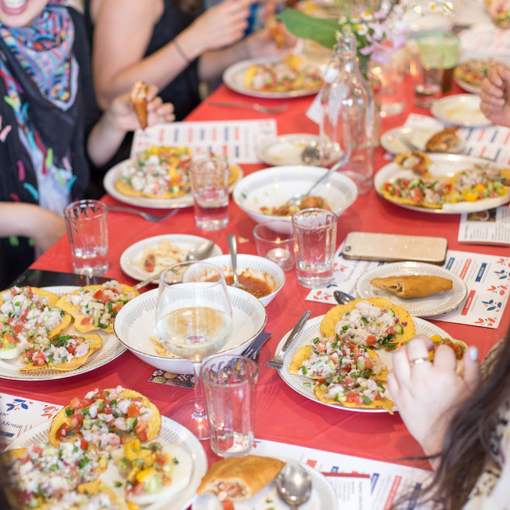 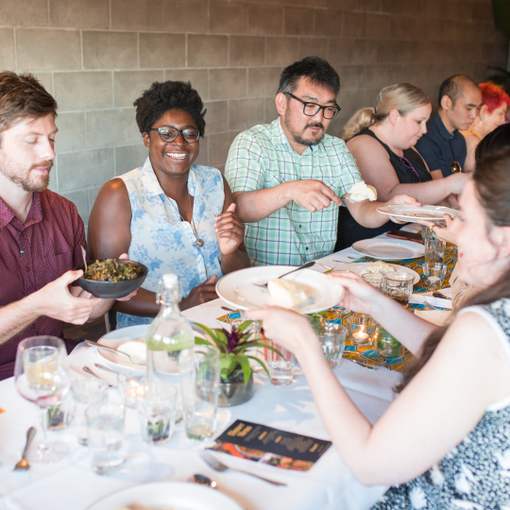 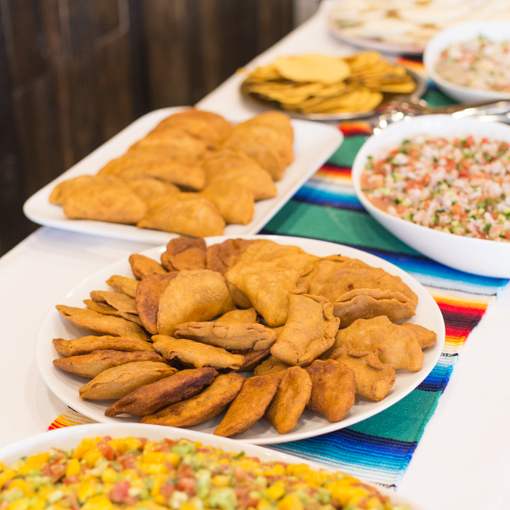 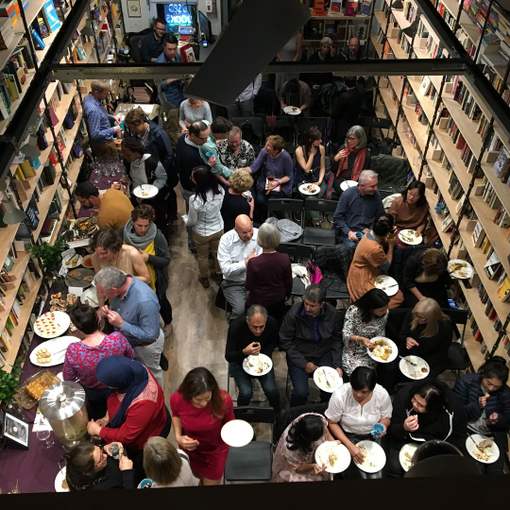 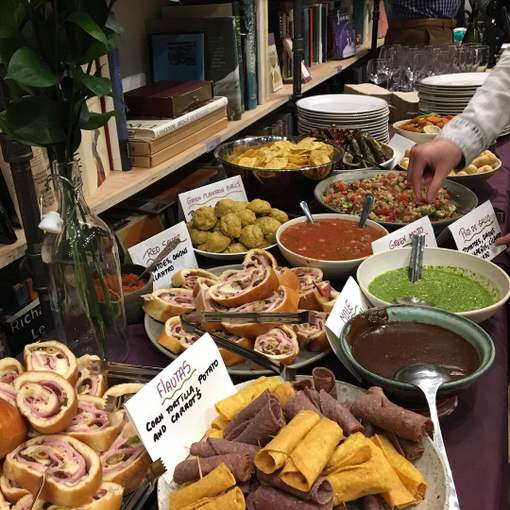 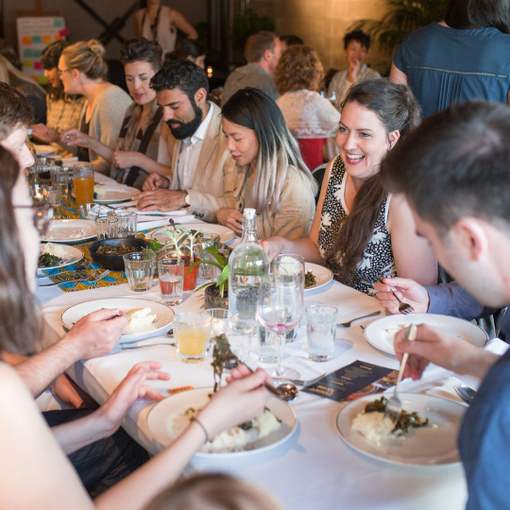 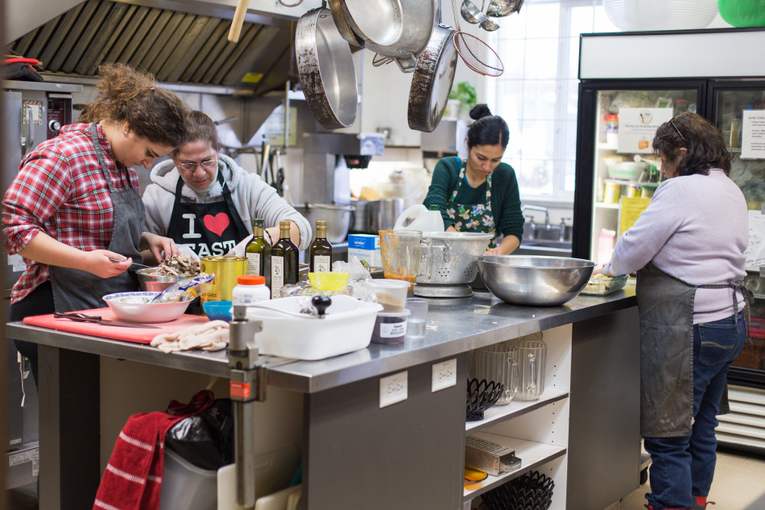 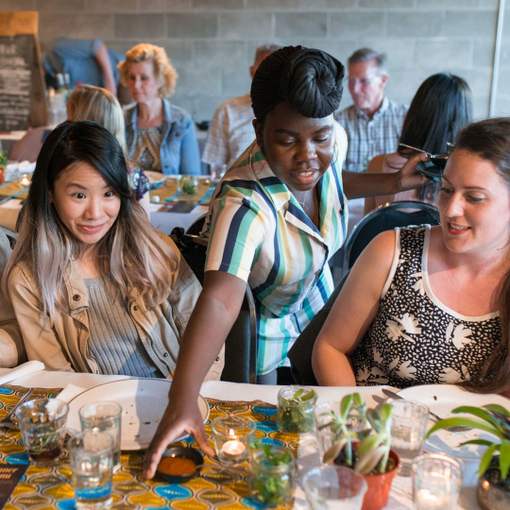 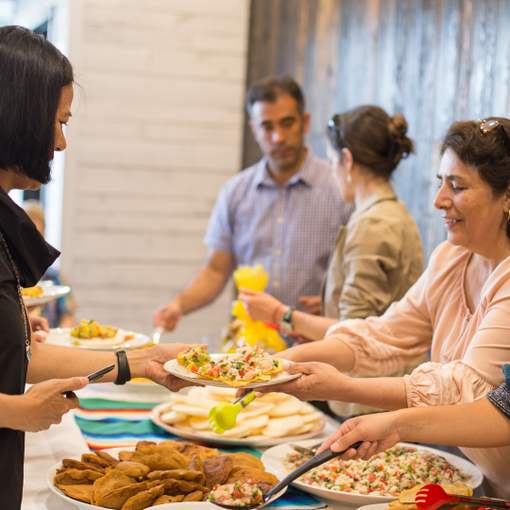 Flavours of Hope has organized other events, ranging from an afternoon of storytelling paired with Filipino and Mexican food, to a cross-cultural feast of vegan Kenyan and Iranian dishes, to an evening of Syrian cuisine, music, and stories.

According to Ling, these events can “create cross-cultural learning and intercultural relationships” between newly arrived and more established residents. And for building the more welcoming multicultural society that is her dream, she concludes, “Food is the vehicle, the driving force.”

One Love at Lion’s Den Café

Come together at Harambe Ethiopian Restaurant

Discover the Best Places to go in downtown Vancouver, by Vibe