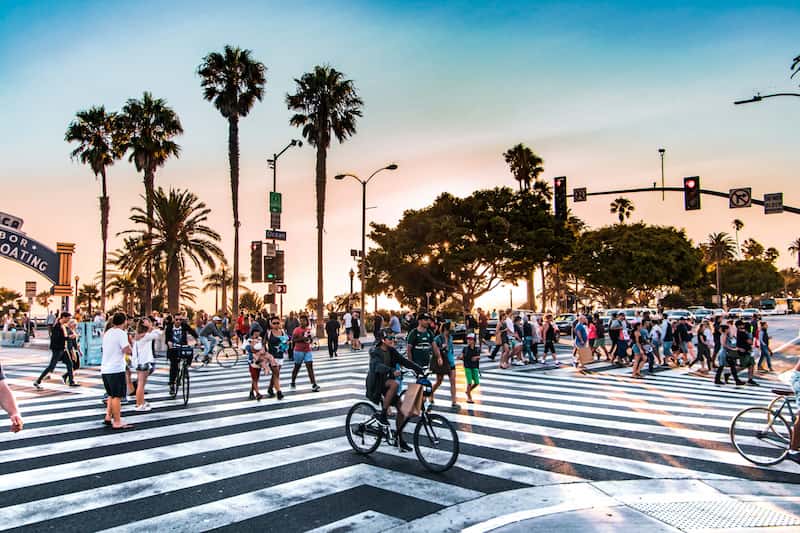 The City of Angels

The weather is always a sunny and perfect 70 degrees, everyone is impossibly tan and beautiful, and there are movie stars around every corner. These stereotypes about Los Angeles exist for a reason, even if they are only mostly true. The entertainment capital of the country since the early 20th century, LA was also key to America’s World War II efforts, churning out aircraft and ships at warp speed.

LA’s cultural identity is laid back and welcoming, as warm as the weather, so it’s easy to make new friends. A stranger you run into at ROW DTLA might invite you to a concert at the Hollywood Bowl or for dessert at Uli’s Gelato.  With such cultural diversity, you can find the best tacos in the country at Tire Shop Taqueria and Mariscos Jaliscos alongside the best dim sum if you know where to go in San Gabriel Valley. Hint: Lunasia Dim Sum House is an old-school favorite and you can walk to 85°C Bakery for a Taiwanese pastry dessert. The city may be sprawling, but a new Metro light rail system will connect the many villages, from Venice and Santa Monica on the Westside to Silverlake and beyond.

Explore the Vibes of Los Angeles

Some of the best and vibiest places

Best things to see and do

Hotels and places to stay

Places to eat, drink, and be merry

Try our app! Download Vibemap for iOS and Android in a city near you to explore places, events, and experiences that match your vibe.