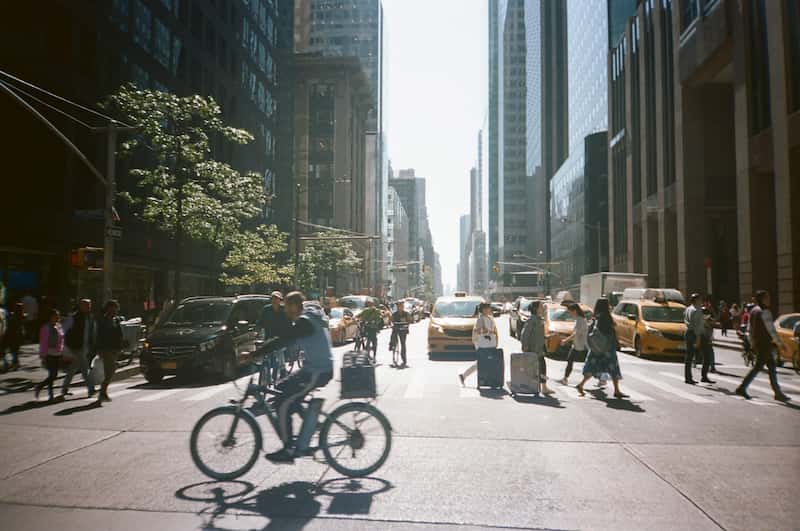 The City That Never Sleeps

As Jay-Z & Alicia Keys sang – “These streets will make you feel brand new. Big lights will inspire you.” Whether it’s waltzing into Tiffany & Co and Saks Fifth Avenue like you own the place, or pondering life and love in Gramercy Park, New York has a way of invigorating you. Perk up with a cortado at Café Kistuné, or a beautiful chocolate bonbon at Stick With Me Sweets, and get ready to take on the world.

Even strolling through Central Park, it’s hard to believe that all of Manhattan was once a lush forest, long before Europeans arrived – and oysters once thrived in the Hudson River. The Lenape lived off this bounty, hunting, fishing and foraging for fruits and nuts. They called the island Manahatta, and that’s where New York’s smallest and most densely populated borough got its name. Remnants of its initial Dutch settlement lingers in names like Brooklyn, Flushing and Harlem too, but it wasn’t until the American Revolution that New York rose to global prominence, as a key battleground and first national capital of the United States, where the Bill of Rights were drafted and ratified and where George Washington was inaugurated.

In the decades to come, New York became the largest city in the United States, an economic powerhouse, the first stop for millions of immigrants from Europe and around the world seeking a better life. It’s this influx of brave, talented souls that have made New York City one of the greatest cities on the planet, from poor starving Irish fleeing the Great Irish Famine in the 1840s to African Americans migrating north after the Civil War, creating the Harlem Renaissance of the 1920s. Today, Red Rooster Harlem is one of the most lively and fun brunches in the city.